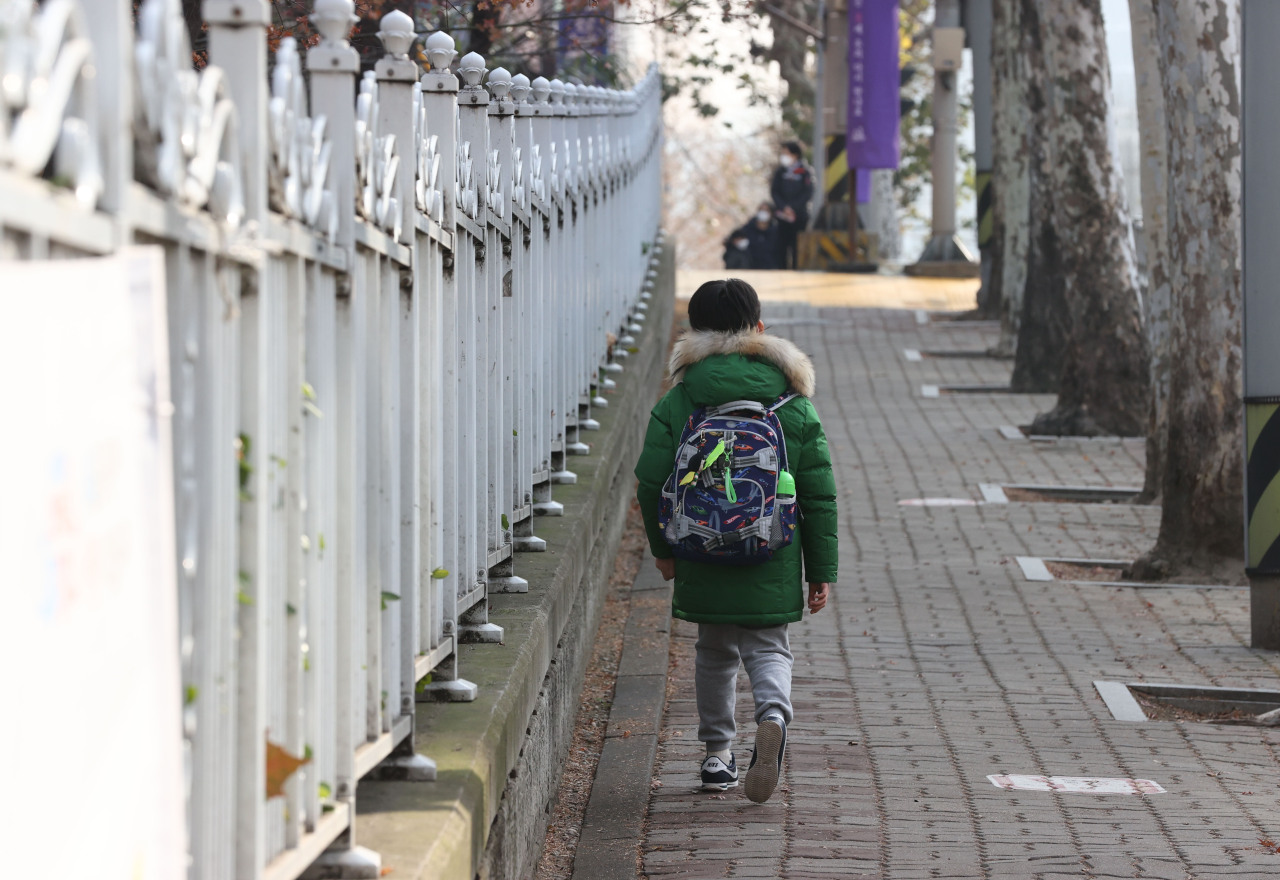 Schools will revert to a mix of online and offline classes starting Monday, as the country reinstates more stringent social distancing measures amid the increase in COVID-19 cases.

The Education Ministry announced Thursday that schools in Korea will reduce student density to prevent classroom transmissions from Monday, less than a month after schools returned to face-to-face classes on November 22.

The ministry said that with the transmission rate in schools not being high, they will continue to have in-person classes, but in smaller sizes.

Elementary schools will maintain a class density level of five sixths, as first and second graders are expected to have full classes while for older years only two out of three students will be allowed to attend classes in person. . Those at home will follow the program through online courses.

For middle and high schools, it is suggested to maintain a class density level of two-thirds.

“Schools can have around three days of preparation before implementing the new measure,” an education ministry official said at a press briefing on Thursday.

Kindergartens, special schools for the disabled and others will continue to have full face-to-face classes.

Students attending schools where they are to be vaccinated as part of the ministry-led outreach vaccination program will be excluded from the density level calculation.

The education ministry said that while provincial education offices and individual schools are allowed to flexibly adjust the level of class density depending on the situation, it advises against having online classes. uniquely.

The new measures will end when schools enter winter vacation.

Some 20 percent of schools will take their winter vacation in the fourth week of December, while more than 40 percent will complete the term the following week. The rest of the schools will start the holidays in January.

The ministry suggests that schools separate students into groups during end-of-term exams. He said 16.2% of middle schools and 17.2% of high schools will have end-of-term exams after Monday, based on an April report.

The ministry has also advised colleges to have certain courses online during the winter break period. In-person lessons will allow students to leave an empty space between themselves.

Over the past week, 6,084 kindergarten, elementary, middle and high school students have been confirmed to have COVID-19. The average number of daily cases among students was 869.1, more than double the number before schools returned to in-person classes in late November.